Beheard.world is a racially diverse collective of performing artists, filmmakers, and educators. We create documentary films, live performances and workshops to engage a wide variety of communities in conversations that elevate people to advance social justice.
Upcoming Events
Join us in  NUBIAN SQUARE on JUNE 24th and 25th, 2022 where we are partnering with Roxbury's Nubian Gallery.
JUNE 24th -- The opening of the Postcard Project featuring the artwork of middle school students from Dorchester and Cambridge expressing their hopes and dreams about racism.
It will be followed by beheard.world's newest film Invisible Imprints.
JUNE 25th -- World premiere of beheard.world's performance of Suite Talk.
THE BEING HEARD INITIATIVE
FOR MORE INFORMATION EMAIL ANNA MYER
THETEAM 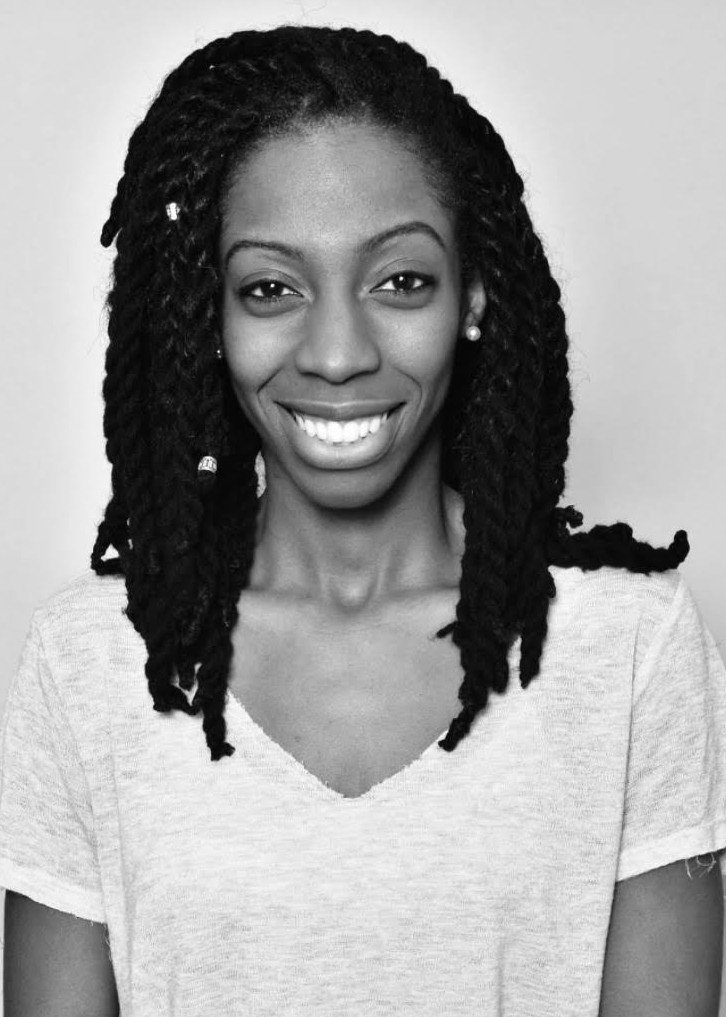 CARVEN BERNADEAU
Dancer
Carven began her dance career by performing Haitian folklore dance for her family’s non-profit in Haiti. A widely respected teacher of Hip Hop and Latin dance, she is also a founder and choreographer for hip hop group, Trend N Motion,  and choreographer and instructor for Afrobeat Fit, a dance fitness class with West African roots. She has been a member of beheard.world since 2017. 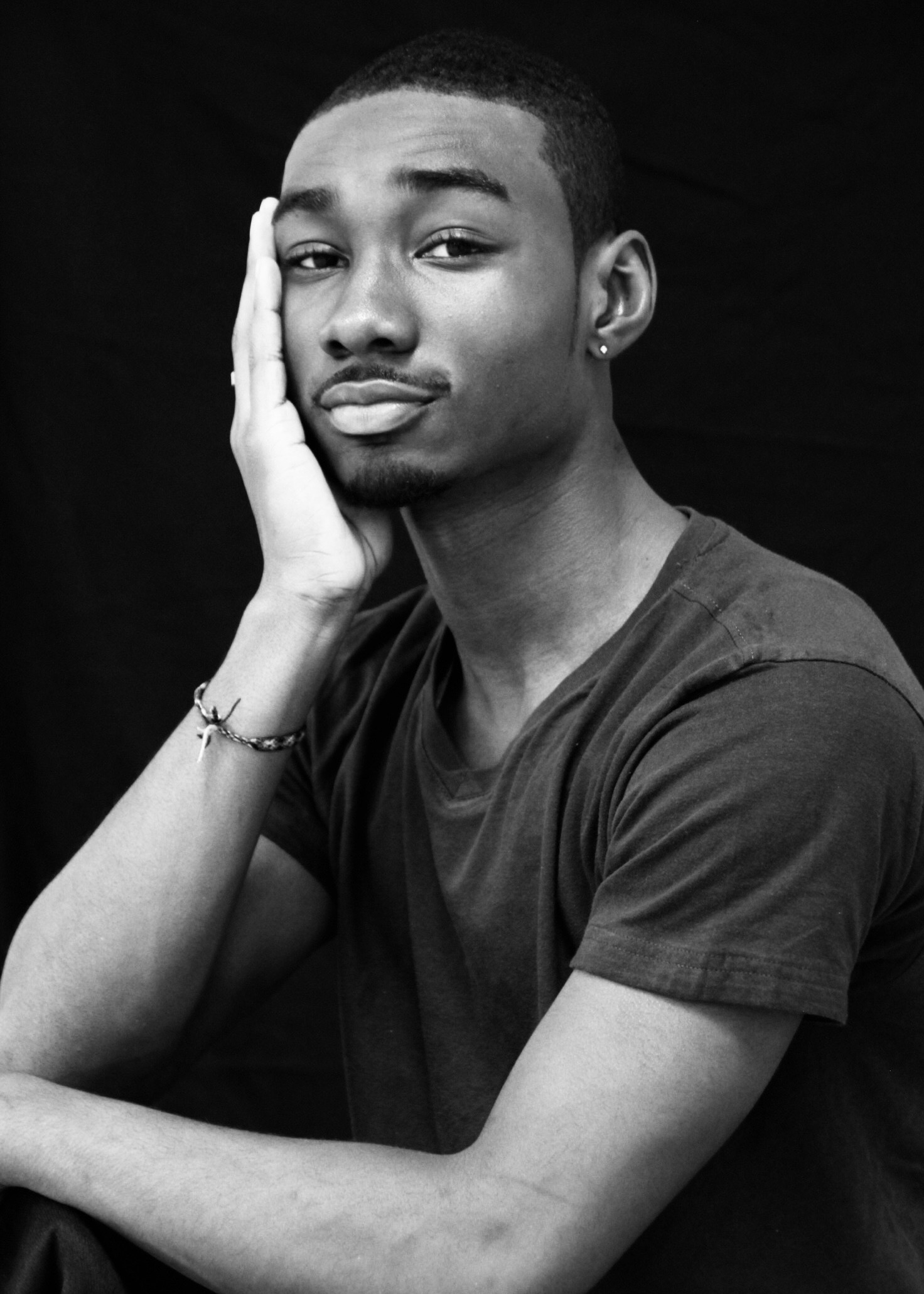 HAISSAN BOOTH
Dancer
Haissan began his formal dance training at the Boston Arts Academy in classical ballet, modern, jazz, and West African dance. After graduation, he has performed with many groups specializing in ballet and Hip Hop. He has toured widely from Boston to Mexico, from venues that include the Apollo Theater, the Wang in Boston and the Museo Soumaya in Mexico City. He joined beheard.world in 2018. 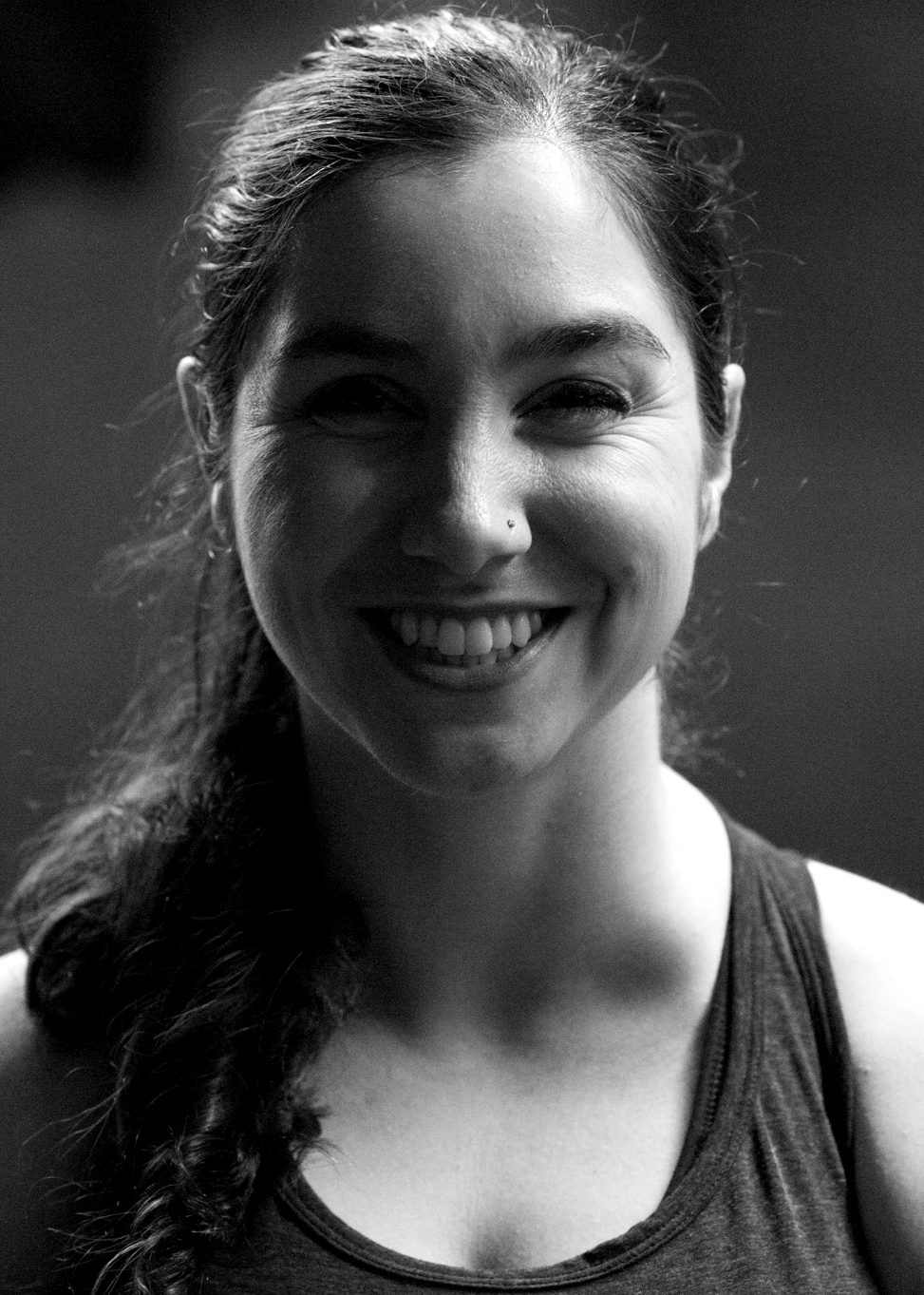 ADRIANE BRAYTON
Dancer
Adriane attended the Boston Arts Academy and Connecticut College where she received modern and classical training and performed a wide array of work. She is also a choreographer and co-director of the Continuum Dance Project whose work has been featured across New England. She has danced extensively for Anna Myer and joined beheard.world in 2016. 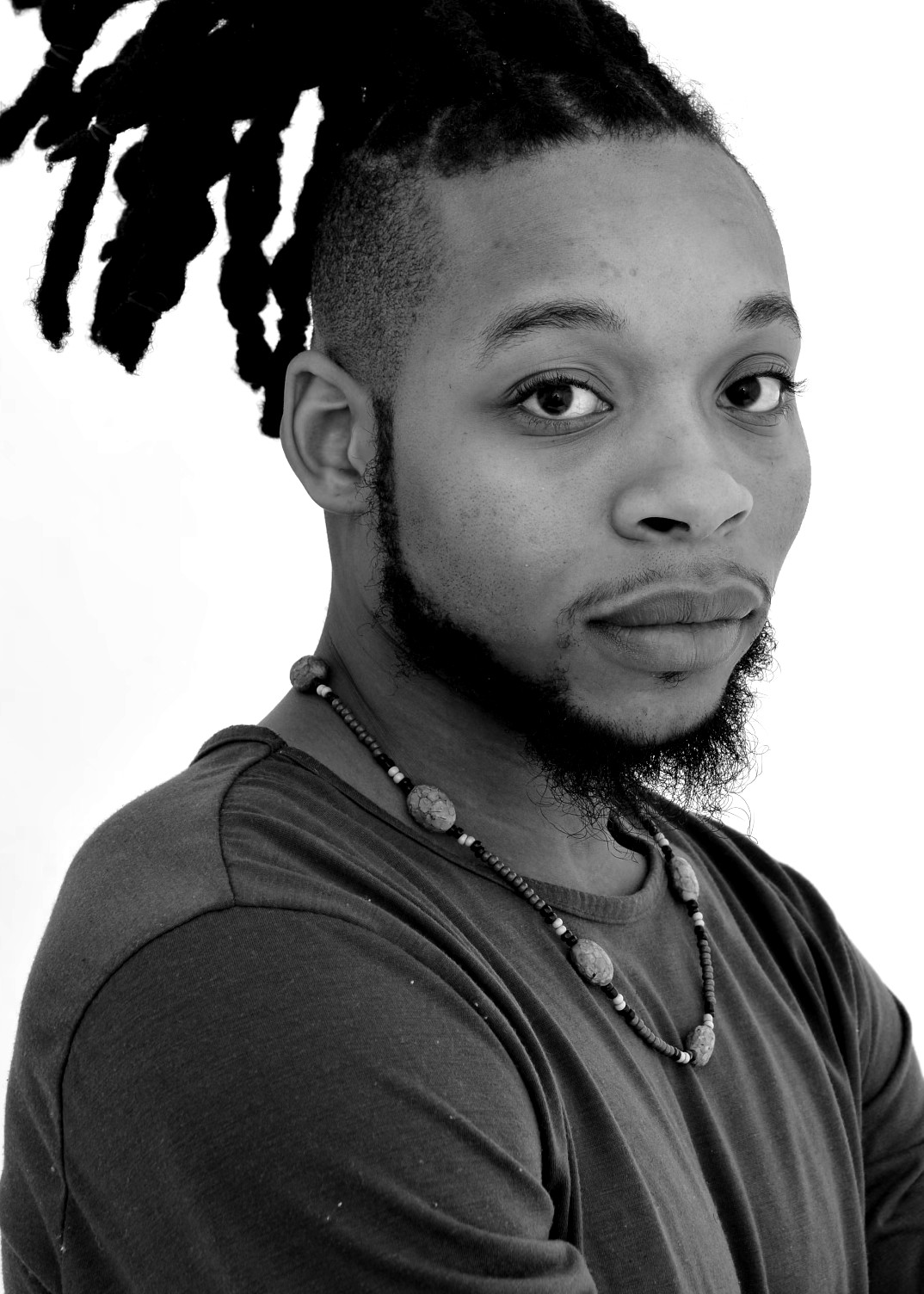 OLIVER BURNS
Dancer / Filmmaker
Oliver has been dancing since a child and choreographing since attending Regis College. Although he performs many styles from contemporary to Latin, his main focus is Hip Hop. When he is not dancing, Oliver is building a one-stop-shop entertainment company, Trend Stream, with a full array of audio/visual event services. He also co-founded the Hip Hop troupe, Trend N Motion. He joined beheard.world in 2017. 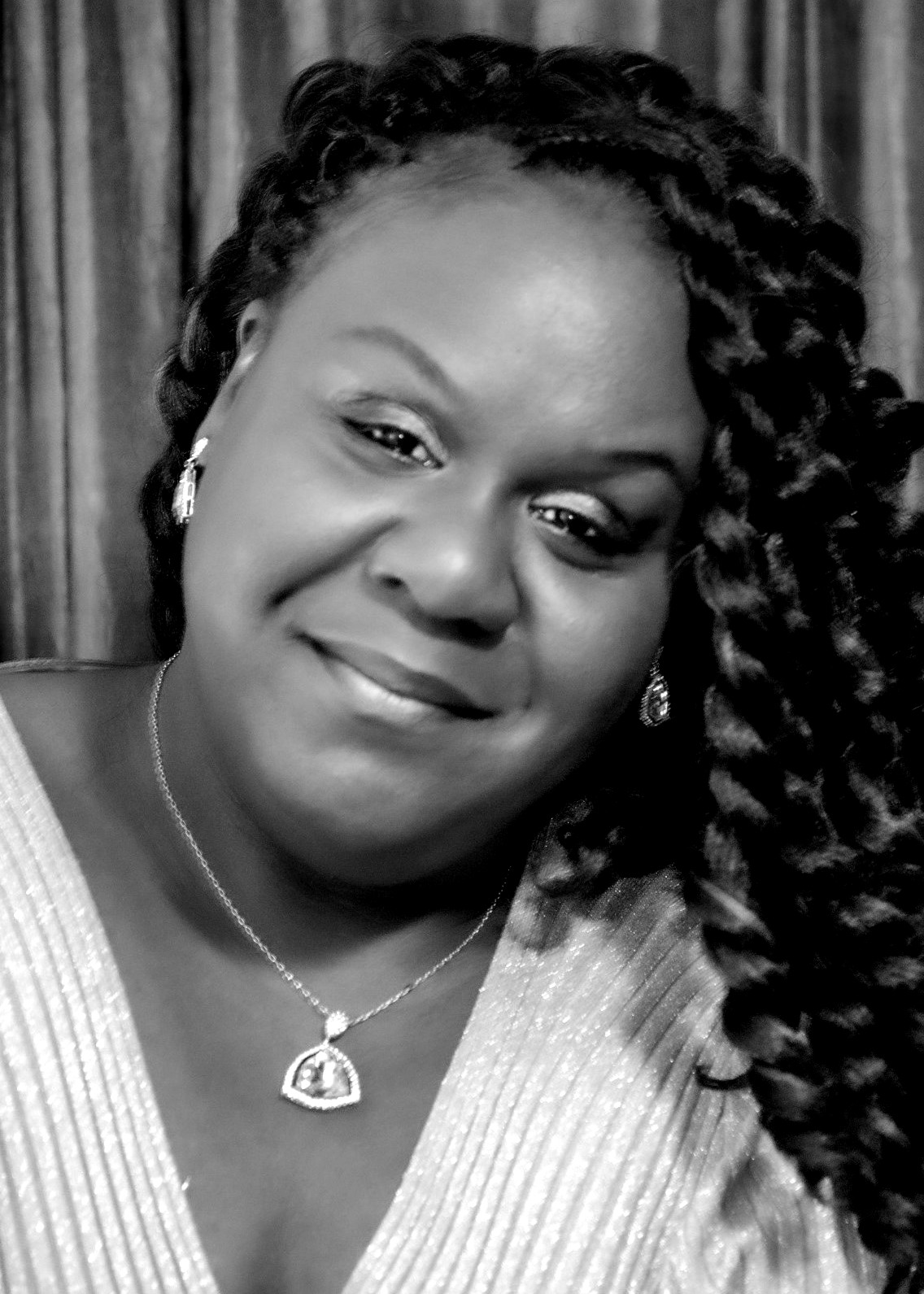 MISHELLA ETIENNE-CAMPBELL
TMI Education Director
Mishella has worked with various organizations over the past 20 years to minimize disparities among immigrant youth and families in the greater Boston area. In 2019, she was honored to receive a citation from the Commonwealth of Massachusetts for Outstanding Executive Leadership signed by Governor Baker for her work in Youth and Family Enrichment Services in Hyde Park MA . In 2021, she joined beheard.world to  direct  Project TMI. 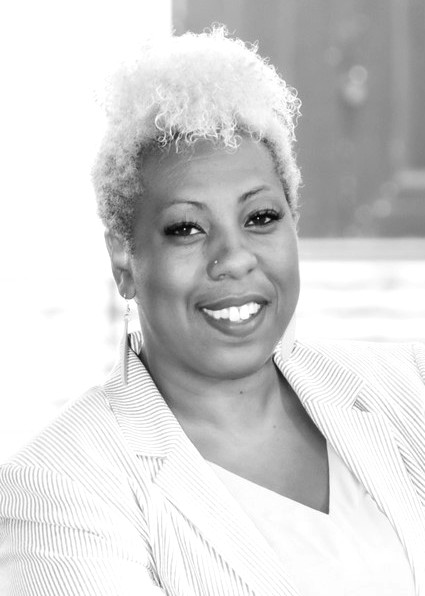 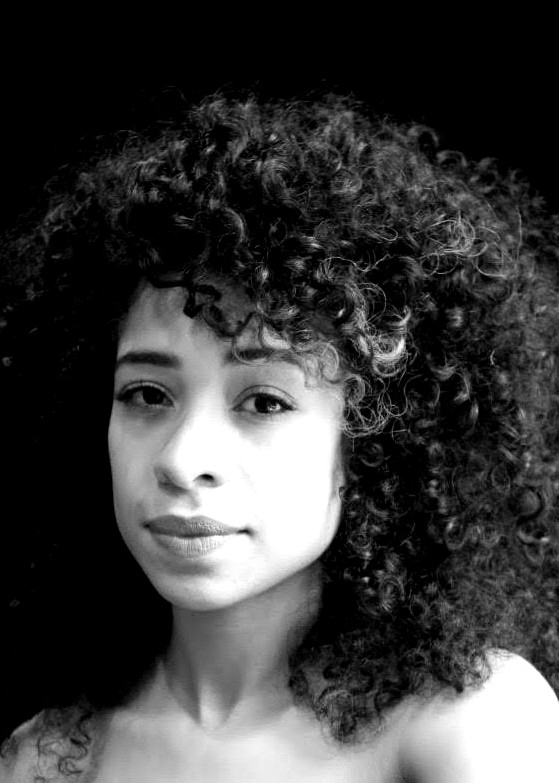 MAYRA HERNANDEZ
Dancer
After Mayra graduated from Smith College where she majored in Dance and Sociology, she became a faculty member at Brookline High School teaching dance and yoga to focus on engaging the community through movement and arts. She has performed with numerous dance companies in the Northeast, and studied with luminaries such as Mark Morris and Paul Taylor. She joined beheard.world in 2017 as an artist and activist. 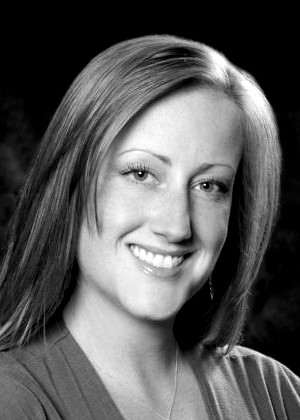 JEREMY RUTH HOWES
Dancer
Jeremy holds a MFA in Interdisciplinary Arts from Goddard College and a BFA in Dance Performance from the University of Hartford’s Hartt School of Dance. She danced with Virginia Ballet Theatre and Northern Ballet Theatre and as a guest artist with Hartford Ballet. She has worked with Anna Myer for many years, creating roles in Myer’s original choreography. She is on the faculty at Dean College and has been with beheard.world since 2016. 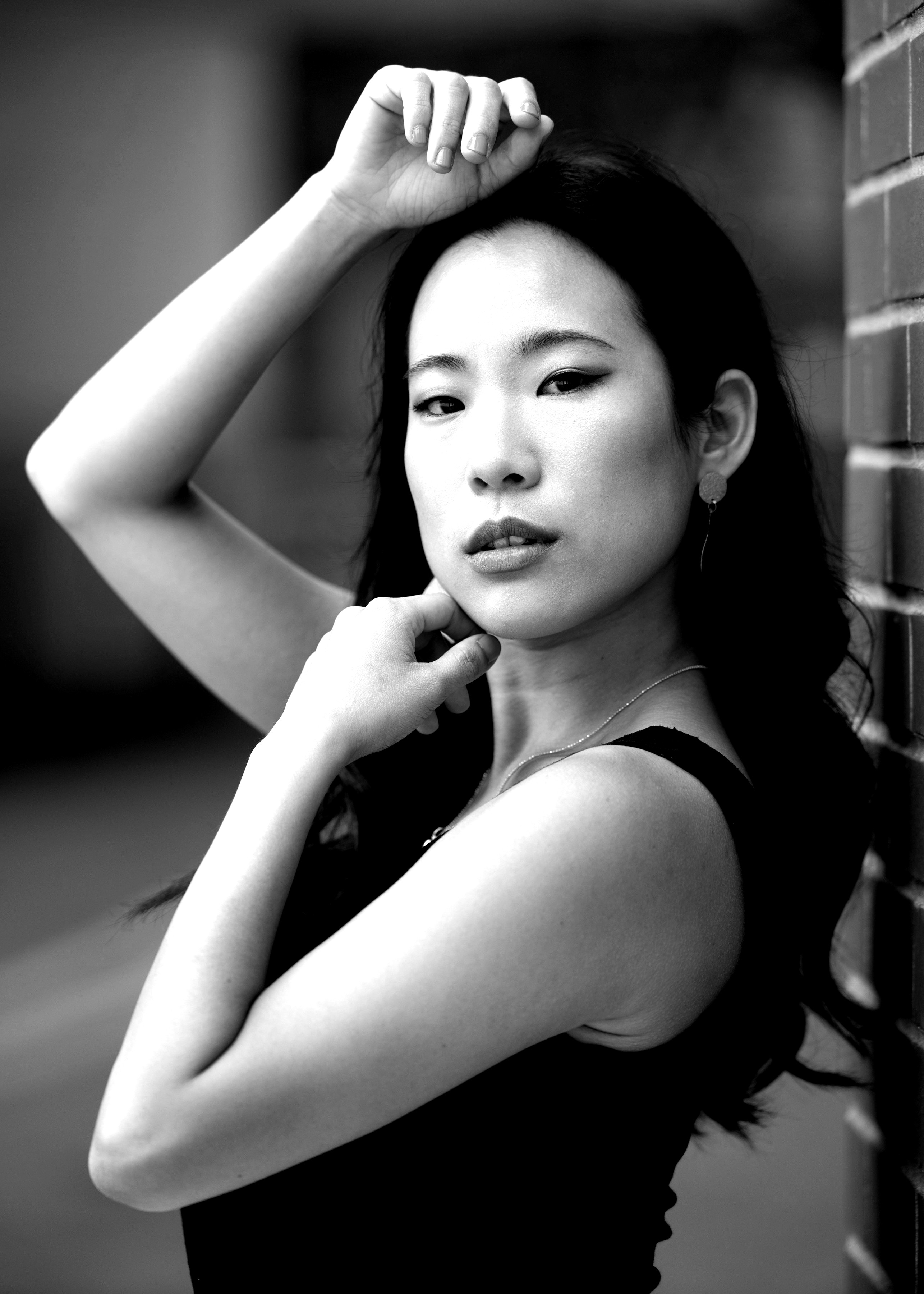 FLORA KIM
Dancer
Flora Hyoin Kim is a Korean-American choreographer, performer, and dance educator. Since earning her B.F.A. in Dance from the University of Wisconsin-Madison in 2014, she has been working professionally in Boston. Flora joined the Boston Conservatory at Berklee as an Assistant Professor of Dance in Spring 2021 and has taught various age groups at Boston Ballet School. Flora joined beheard.world in 2019. 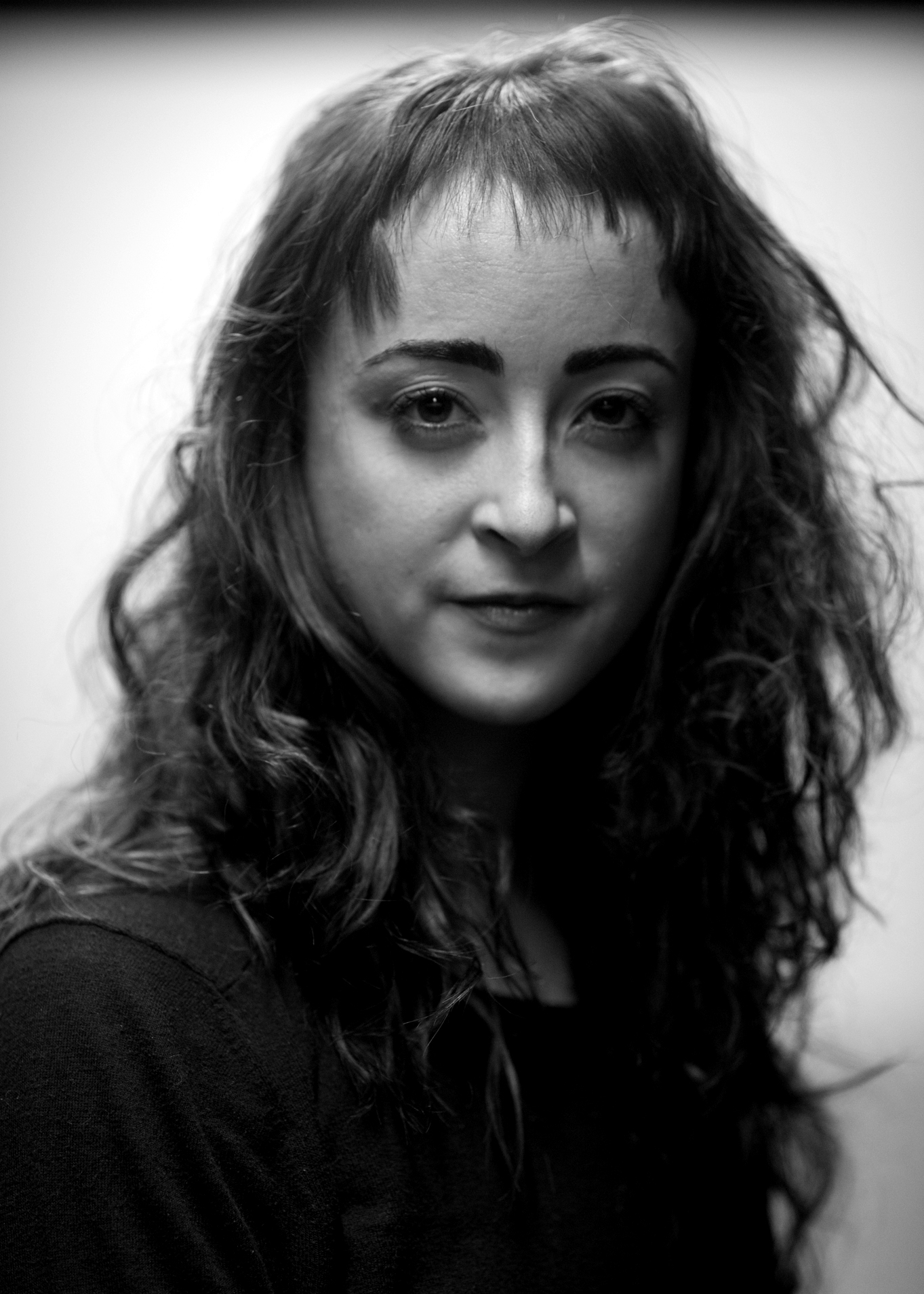 MARY ELLEN LIACOS
Dancer
Mary Ellen received dance training at the Boston Conservatory as well as Columbia College. She has performed works choreographed by Jose Limon, Pedro Ruiz, Nathan Trice, Jimmy Vierra, and many others, and toured widely as a modern dancer. She is a certified Pilates and Gyrontonics instructor, and owns and operates the Balanced Birch Studio in Amherst, MA.  She has been with beheard.world since 2016. 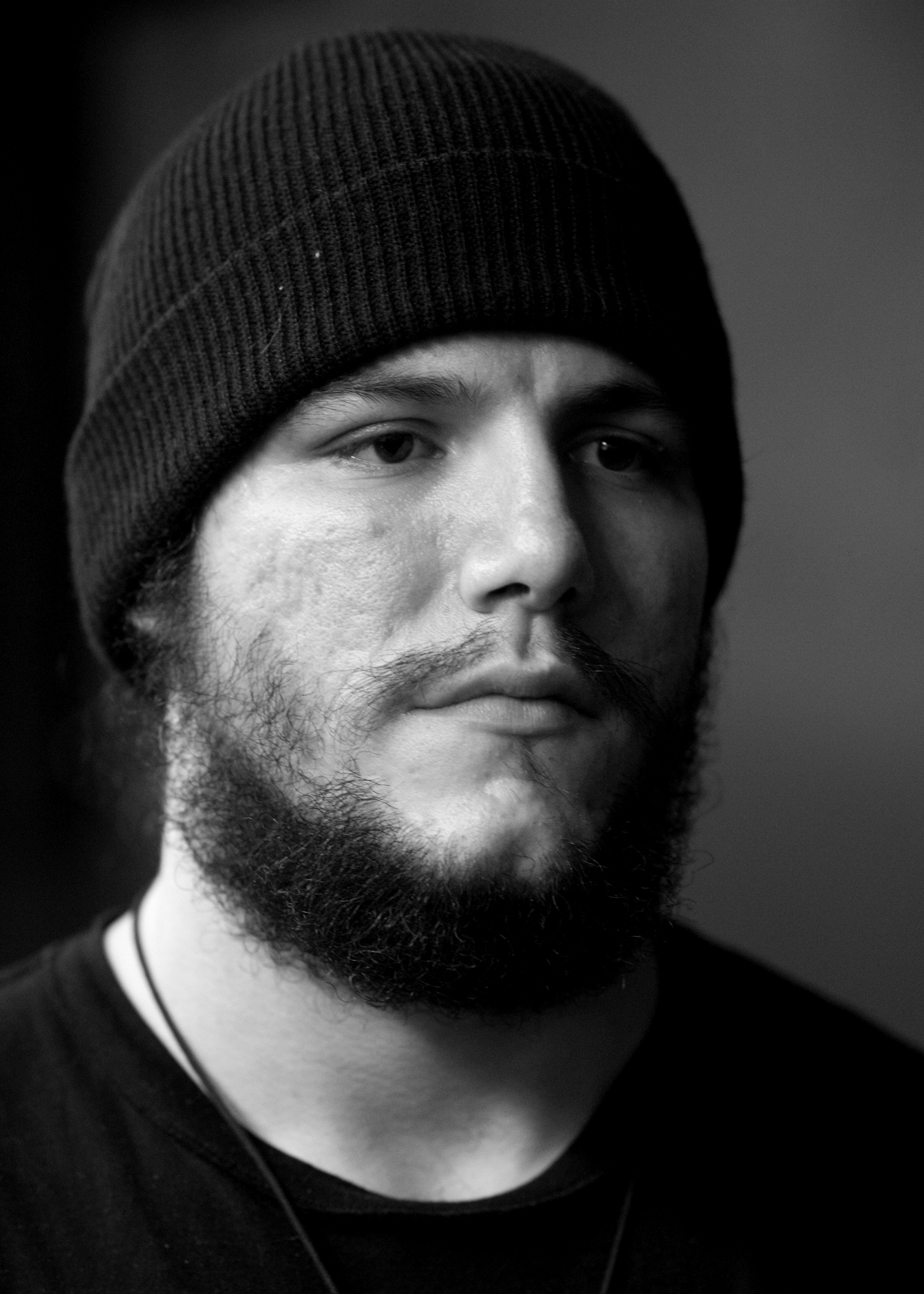 L.U.C.C.I
Poet
L.U.C.C.I. (which stands for Listening, Understanding, Caring, Considering, Inquiring) is a poet, actor, and comedian. His poetry has been published widely. He is also a well-known spoken word artist in Boston, who has appeared on The Minority Men, The Point Of Entry, and been featured at Haley House, Quality & Soul and the Lizard Lounge. He has been writing, performing and teaching with beheard.world since 2016. 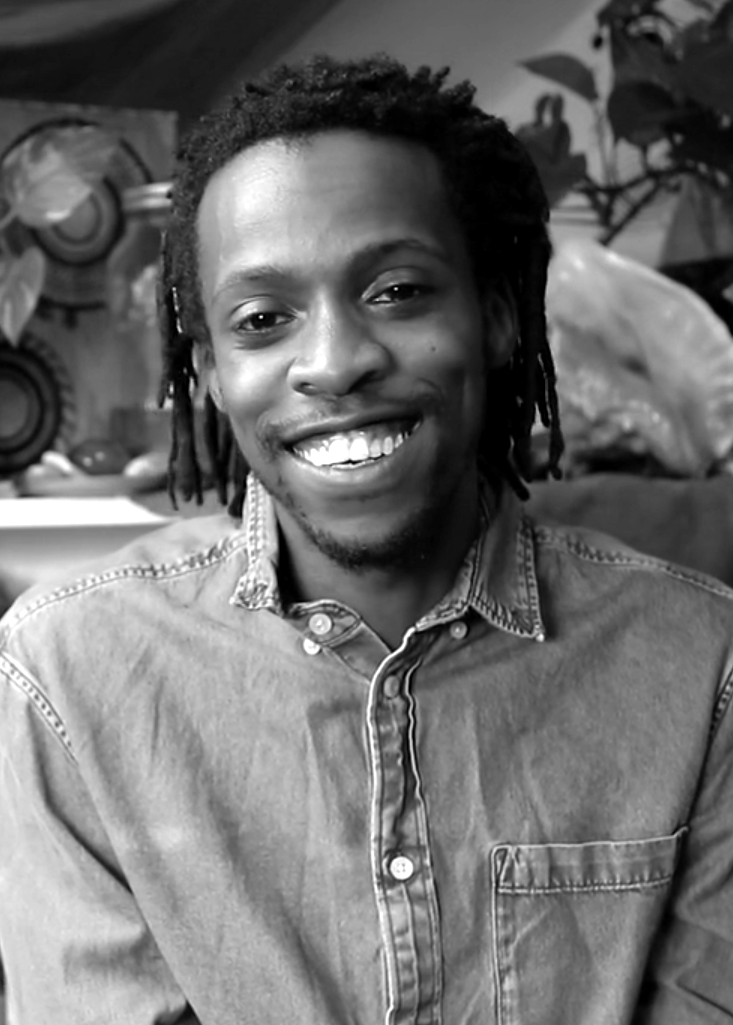 DAKOHAI MATITYAHU
Poet / Educator
Dakohai, formerly known as the Spoken Word artist Greg Variste, is a 1st generation Haitian American poet who has been writing verse since the age of 7. He is also a self-taught multiplatform artist who utilizes singing, dancing, painting and poetry in his creations. These artistic talents have helped Dakohai gain the resilience to overcome homelessness and PTSD, and have sourced much of his best creative work. He joined beheard.world in 2018. 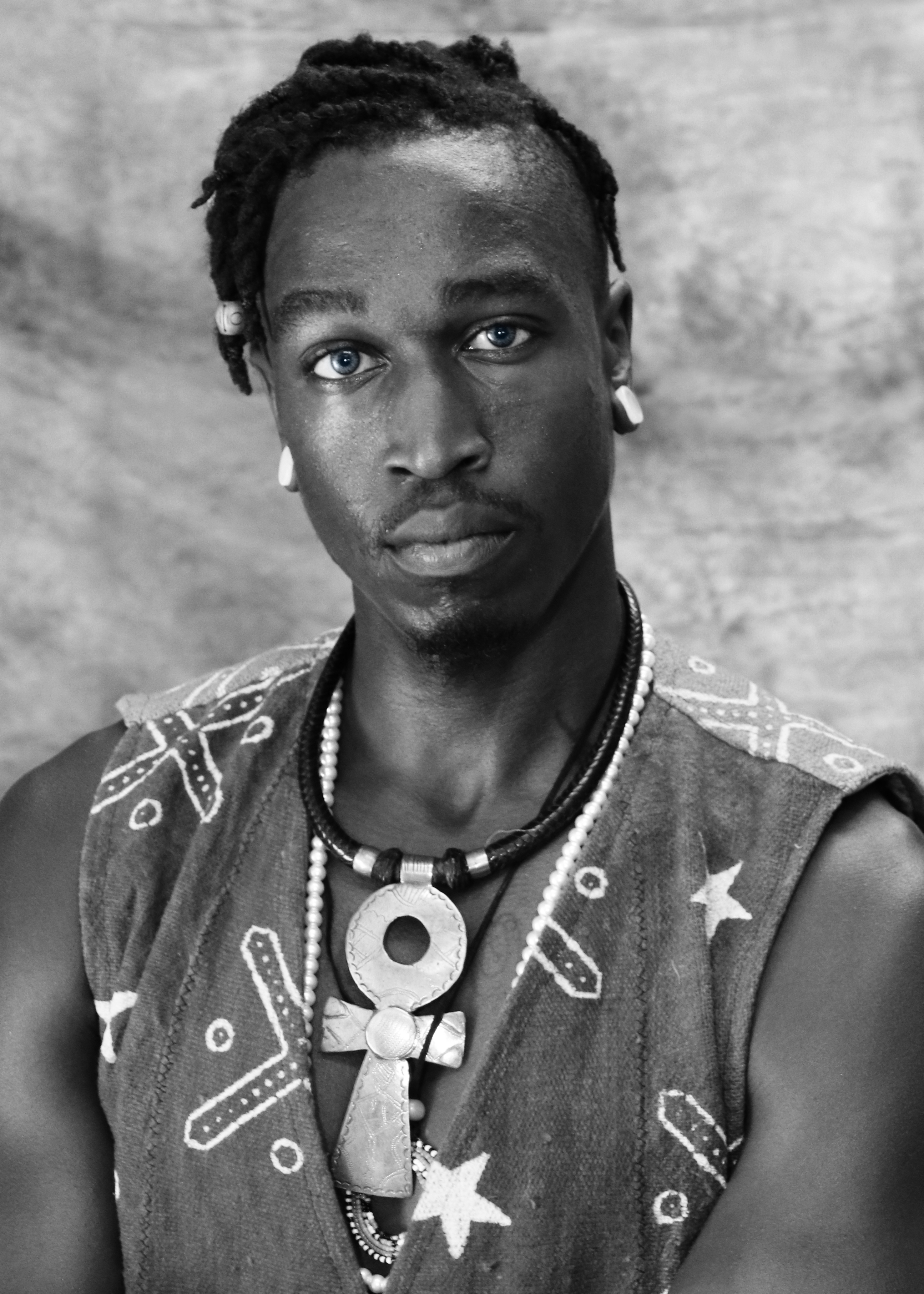 Charles Murrell
Artist / Educator
Charles is an educator, composer and BMI artist who has won numerous fellowships and awards, including a William Grant Still Music Artist in Residence and a Daniel Morrison Fellowship. A consummate student of pedagogy, he co-founded Sankofa Arts, which is dedicated to providing tailored, trauma-informed educational classes and workshops to urban youth with an emphasis on truth, justice and reconciliation. Sankofa Arts began partnering with beheard.world in 2021. 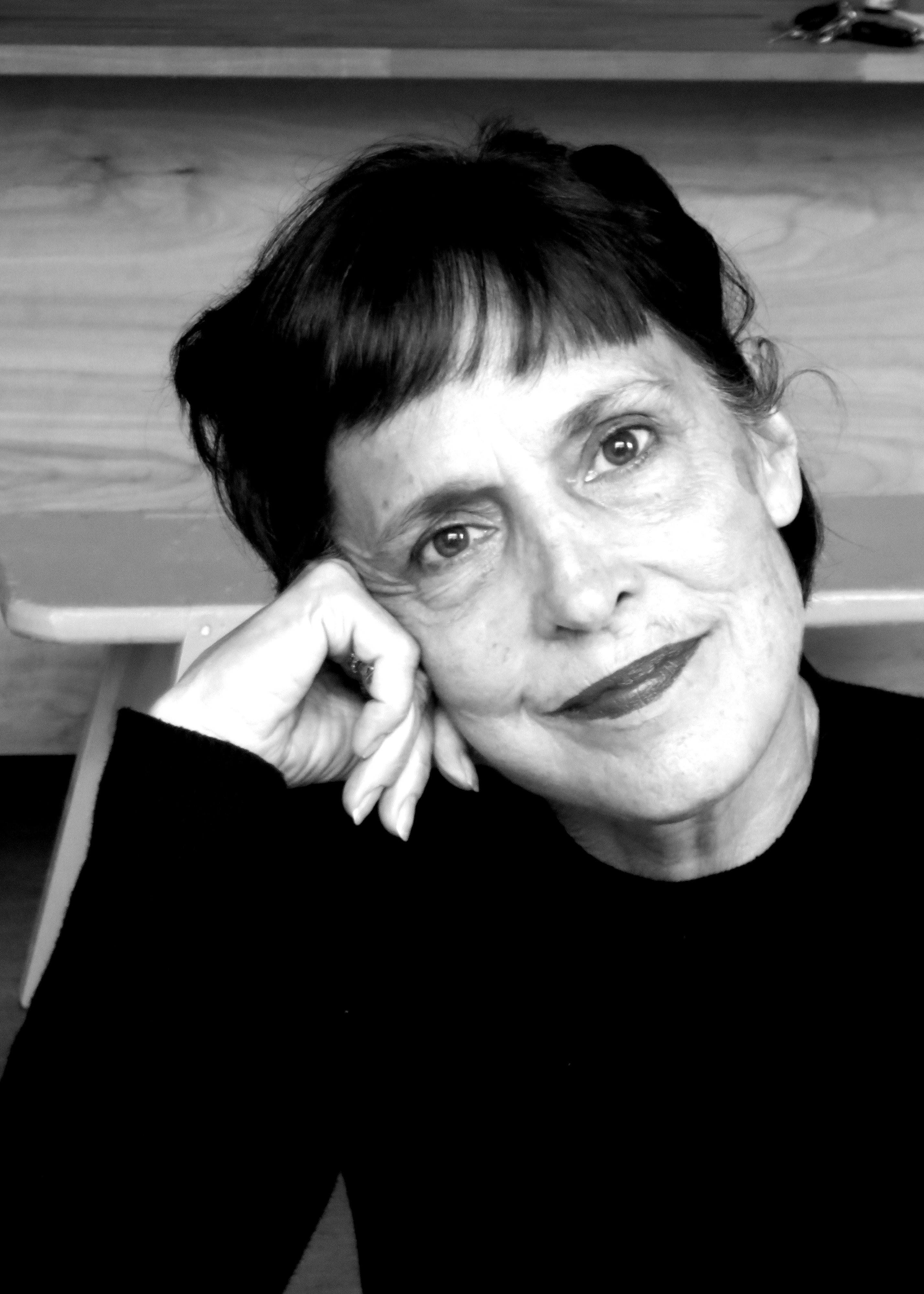 ANNA MYER
Founder/Choreographer
Anna was a ballerina for the Boston Ballet and ballet mistress Ana Roje before founding Anna Myer and Dancers in 2001. Her innovative choreography has received the acclaim of some of the country’s most prominent dance critics, including the New York Times and the Boston Globe. In 2014 Myer co-founded beheard.world with Jay Paris to focus on creating mixed genre pieces about social justice themes for stages and public spaces. 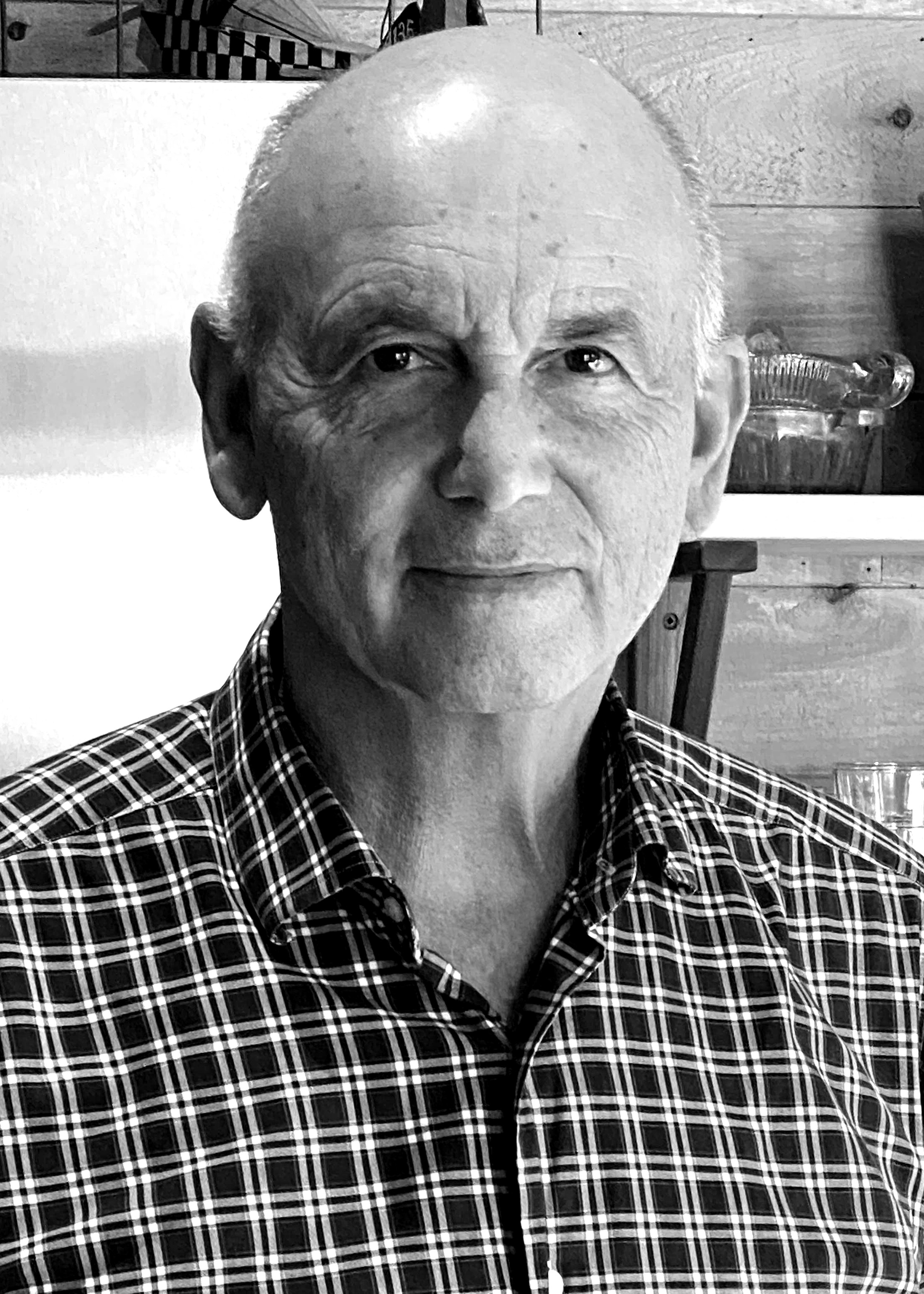 JAY PARIS
Founder/Filmmaker
Jay is a former magazine writer, editor and author who has been published widely in national and international magazines and book presses before producing and directing award-winning documentary films. He began partnering with Anna Myer in 2011 to develop mixed genre stage performances that have toured nationally. In 2016 he and Myer co-founded beheard.world, overseeing the directing and writing of films with social justice themes. 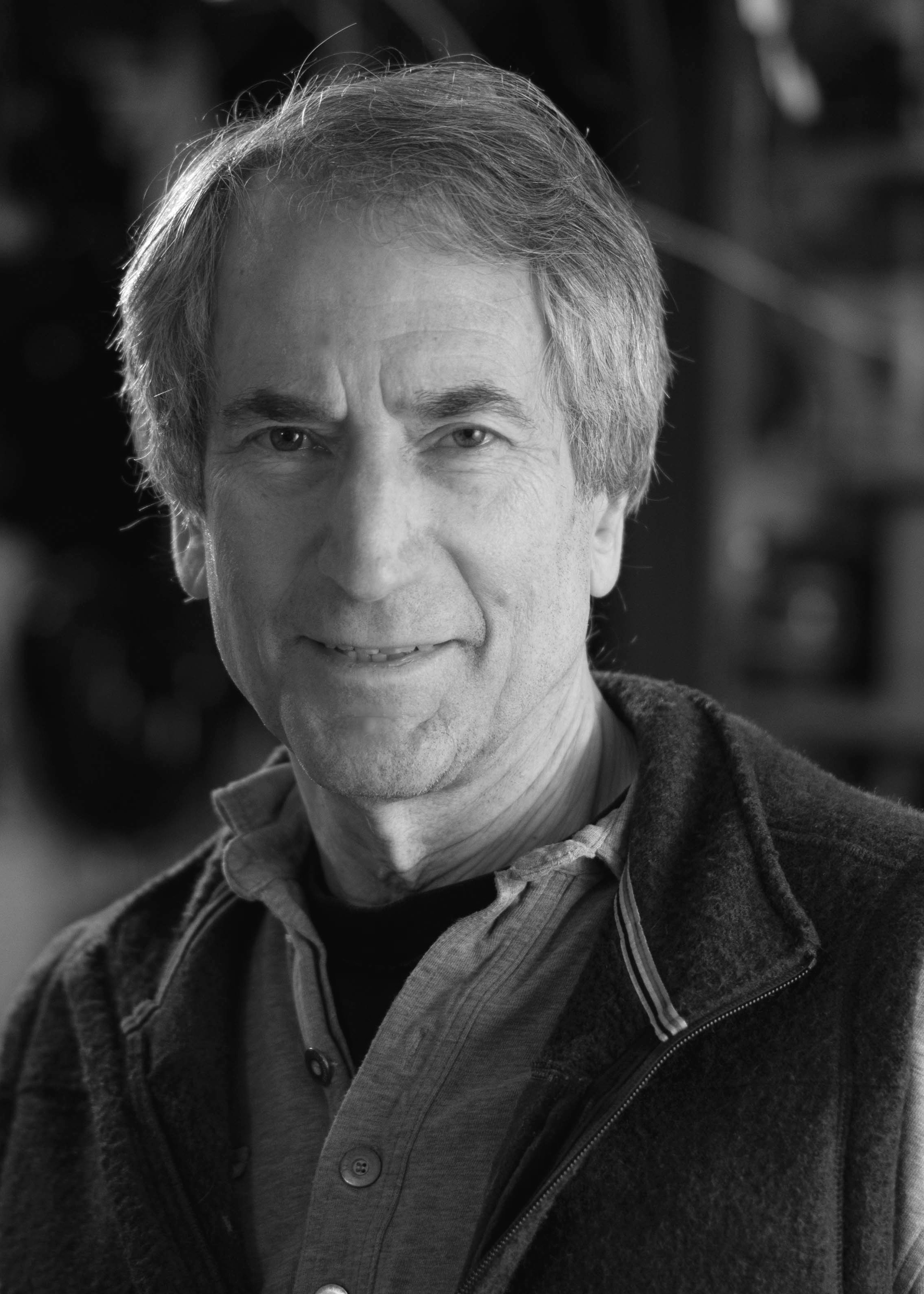 Bruce Petschek
Filmmaker
Bruce Petschek has provided media services to artists, musicians, choreographers, educators and social service programs throughout the United States, Canada, Japan, Central and South America.  His work has won numerous awards at many film festivals including The Global Visions Film Festival, the San Francisco Environmental Film Festival, the Breckenridge Film Festival, and the New York Independent Film Festival. Bruce has been involved with beheard.world since its inception. 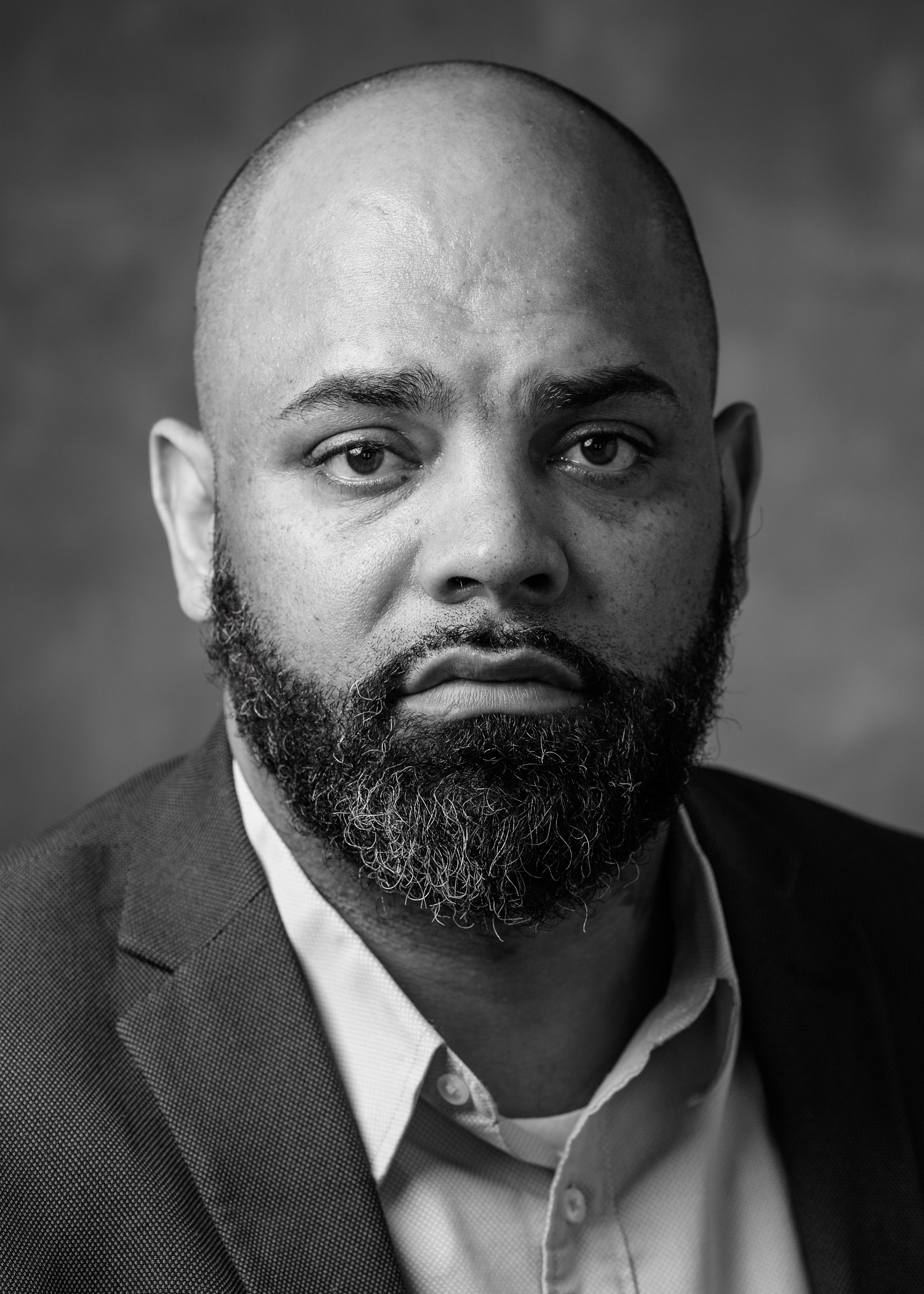 Preacha Rhymes
Singer - Composer
Dennis Everett, aka Preacha Rhymes, has traversed much ground from being a gang leader to national thought leader and activist in prison reform, youth work and organizational development. In parallel to his community-building efforts, Dennis, as Preacha Rhymes, has established himself as an original voice as a singer, rapper and composer. In 2021 he began collaborating with beheard.world, bringing his unique, powerful messages and songs to the collective. 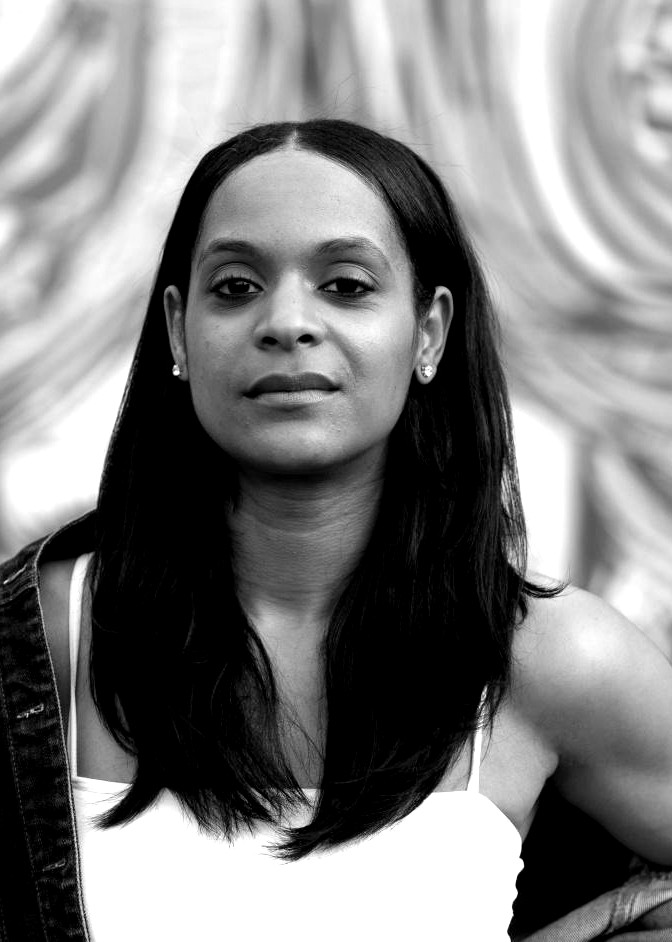 AMANDA SCHAEFER
Poet
Amanda is a poet, host, curator, on-air personality, and artist manager. When not performing, she is active as a community organizer in Boston with the mission of celebrating and collaborating with all people in order to provide healing artistic opportunities in safe, expressive, and inclusive places. She joined beheard.world in 2018. 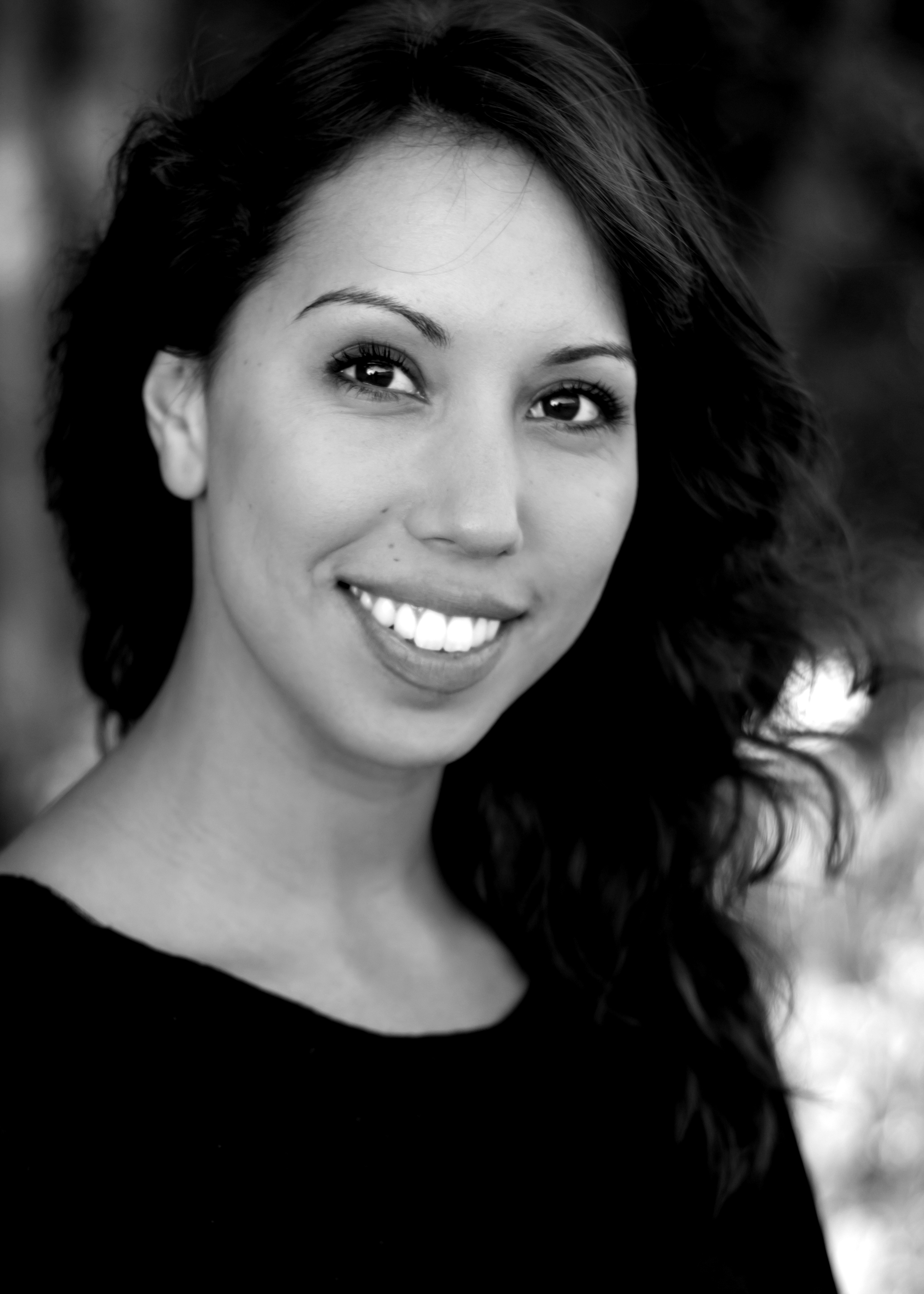 LONNIE STANTON
Dancer
Lonnie is a native Hawaiian who graduated from the Boston Conservatory with a BFA in Dance. She has danced and toured with numerous area troupes. Stanton is on the faculty of the Boston Conservatory at Berklee, The Harvard Dance Center, Boston Ballet, The School of Classical Ballet, Deborah Mason School of Dance, and as Notes in Motion, which brings dance education into public schools. She joined beheard.world 2021. 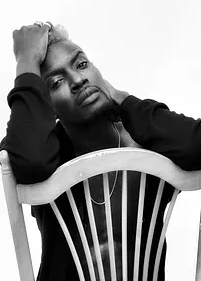 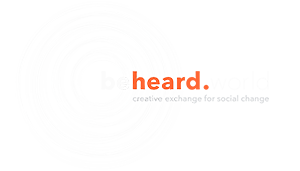 Thank you! Your submission has been received!
Oops! Something went wrong while submitting the form.
COPYRIGHT © 2021 | BEHEARD.WORLD